Science North hub designed to get you thinking 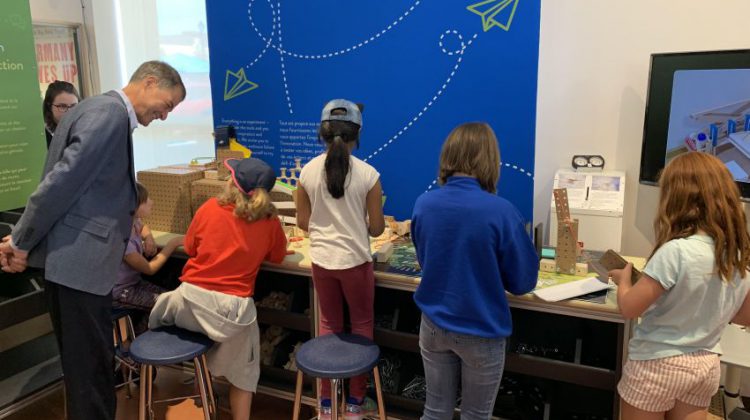 The North Bay Museum and Science North are teaming up again.

A few months ago, the museum played host to the “Beyond Human Limits” travelling exhibit, but this time it is more permanent with the installation of a “THINK Hub.”

“The THINK Hub is an opportunity for visitors to come to the museum and experiment with the world, and think of different ways to interact with the exhibits and build the exhibits,” Naomi Hehn, Director/Curator with the North Bay Museum said.

“It is a way for us to build programming to bring to the local schools in North Bay. There are a variety of programs that we provided from Science North that we will be able to deliver on a regular basis now.”

The “THINK” portion of THINK Hub is an acronym standing for Tinker, Hack, Innovate, Network, and Know. The hub combines science, technology, engineering and mathematics (STEM) fields, and encourages hands-on experimentation with real tools, materials and processes. Permanent installations will be made in five other communities across Northern Ontario, including Sault Ste. Marie, Kenora, Fort Frances, Thunder Bay and Timmins.

The installations will allow visitors to access equipment, tools and resources not previously accessible in their communities. Visitors will be engaged and inspired in innovative and iterative learning processes, which are critical building blocks in creating a skilled and talented workforce that can propel Ontario and Canada to be a leader in innovation. 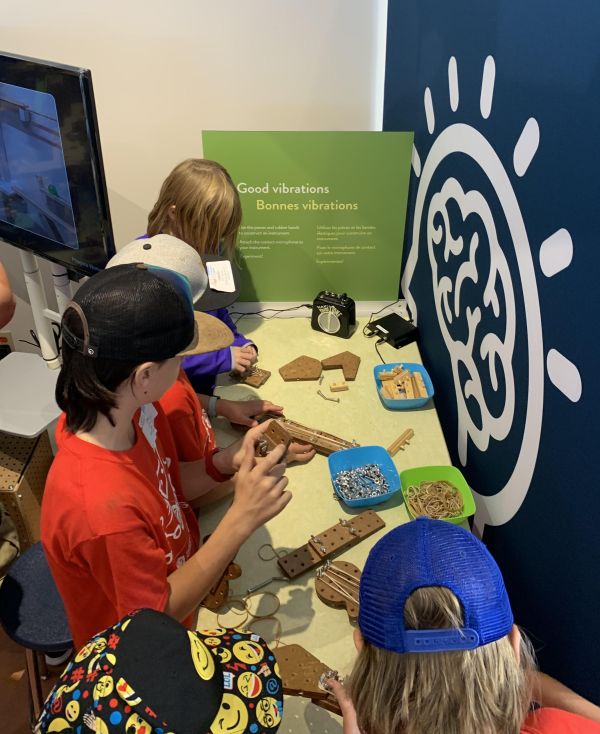 Children get hands-on with the THINK Hub at the North Bay Museum. (Kortney Kenney, MyWestNipissingNow.com staff)

“It’s important that all students across all regions of Northern Ontario get a full understanding of science in their lives, as well as the fun you can have with it, as well as the education you can derive from it,” MPP Vic Fedeli said at the unveiling.

“No matter where I go, whatever day, wherever in the province, companies cannot find skilled labour. That all starts with educating our kids at a very young age that science, technology, engineering and math are fields that you should look at going into.”

At the event, Fedeli also announced that the Province would be kicking in $1 million towards the cause.

“It’s a million dollars from the province for the THINK Hub project, on top of the million dollars that came for the Beyond Human Limits exhibit that came a couple of months ago. It really enhances Science North throughout the entire north,” Fedeli added.

“Science North has always had a mandate to serve all of Northern Ontario, but several political leaders have said that we need to be Science North and not as much Science Sudbury,” Science North CEO Guy Labine explained.

“The support of the federal and provincial governments has been instrumental in allowing us to be able to have the tools and resources to make this expansion. It is a trajectory that we want to continue and we are already thinking about the next opportunity to partner with the museum.”

“The Northern THINK Hubs are very important as they allow children to actually see science in action and play with it and learn more about science and see the application of science. That is the key to this,” Nipissing-Temiskaming MP Anthony Rota stated.

“Students growing up will have a hands-on approach and have a good knowledge of science and engineering growing up. It’s very important to get children and students interested in an early age.”

The THINK Hub is open to the public now, and available any time that the North Bay Museum is open for business.