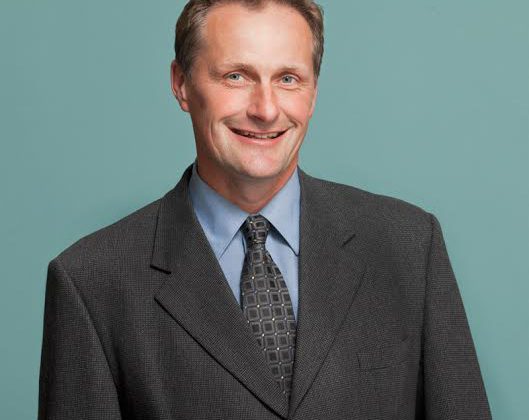 John Vanthof is willing to give the Ford government the benefit of the doubt it's still working on restoring passenger rail, but adds the lack of news is worrisome. (Supplied by John Vanthof)

“The goal for passenger rail is something we fully intend to honour in our first term,” Fedeli said.

“We’ve been working on it very diligently.”

Fedeli says passenger rail is one matter the government has been working on with Ontario Northland.

“It’s a big issue for me and an important file for me,” he said.

“We just keep on these files on a daily, weekly and monthly basis.”

Vanthof admits restoring the service is complicated and goes beyond simply putting a train on tracks.

He notes that when the Northlander was cancelled several years ago, ridership had started to increase but the number of people who used the service was still down.

Vanthof says the key to bringing back the service is ensuring it is sustainable.

“I’m still giving the government the benefit of the doubt that they’re still working with Ontario Northland to make sure this works,” he said.

Vanthof says despite being mentioned in the spring budget, Ontarians have heard very little from the government about any progress to restore the service.

He says Premier Doug Ford has been able to announce billions of dollars for Toronto’s subway system and in the big scheme of things, passenger rail service is not a big thing by comparison so “bringing back passenger rail to Northeastern Ontario shouldn’t be that hard to do.”

Vanthof says he’s okay with the thought that the Tories are taking their time on the issue if it’s to ensure they get it right.

But the lack of any news has him leaning toward the conclusion that passenger rail by the Tories will be an unfilled promise.

Vanthof says the NDP will keep pushing the issue and adds if the Tories can’t deliver, then the New Democrats will bring back passenger rail.