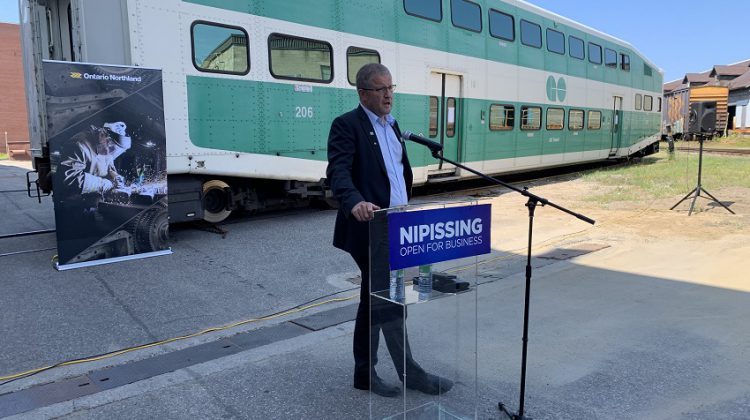 The contract to refurbish 15 GO cars from Metrolinx may be the first of many Ontario Northland in North Bay could secure.

Phil Verster, the President and CEO of Metrolinx, says the government-owned agency will be working very closely with Ontario Northland on the first set of 15 cars.

“Significant parts of our fleet need refurbishment every now and again,” he said.

“If this contract goes well, there could be further work in the future.”

He adds it’s work that must be done effectively and efficiently.

Verster says what Metrolinx will be looking for as Ontario Northland works on the first set of 15 cars is how familiar the workers are with the work that needs to be done.

However, this might not be an issue because Verster himself acknowledges that Ontario Northland has proven itself with other contracts involving other rail companies.

“We’re very excited to do the work with them moving forward,” he said.

Verster says there was no hesitancy on Metrolinx’s part to have Ontario Northland work on its cars once again, the first time since 2011.

He says the work is to be done at market prices and Metrolinx is aware of what those prices are because Verster says similar work is being done in Montreal.

Ontario Northland will take the lead to ramp up the production line and Verster says once this is complete, work to begin refurbishing the GO cars will begin in 2020. 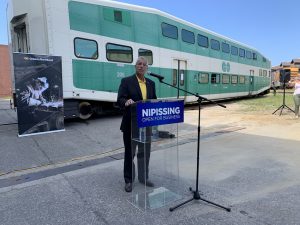 Asked what brought Metrolinx back to Ontario Northland after an absence of nearly 10 years and Fedeli said it was a team effort by everyone.

Fedeli notes that the provincial government owns both Metrolinx and Ontario Northland so when Metrolinx needs refurbishment work done, there should be “an automatic transformation of the work”.

He adds his role was simply acting as the face of Ontario Northland in Toronto performing a sales job.

Fedeli is hopeful the 15 cars from Metrolinx are the first of many contracts Ontario Northland will secure although he adds he won’t be involved in future talks for more refurbishment work.

And the Tory MPP says he “has no doubts the 15 cars will be done superbly in North Bay”.