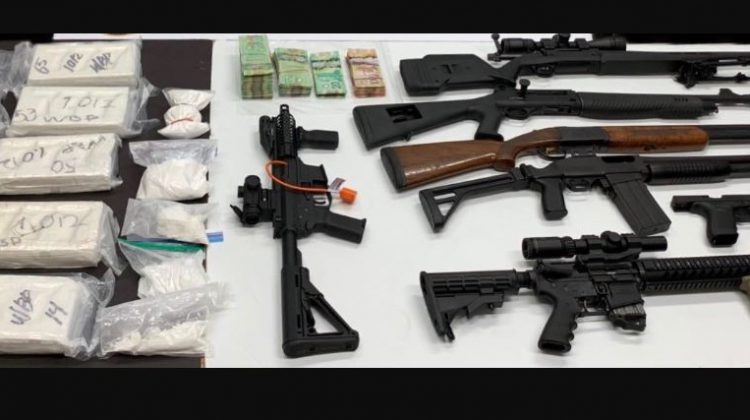 Some of the drugs and weapons seized in a major drug trafficking investigation. (Supplied by OPP)

Among the gangs were the Hells Angels and Red Devils.

Eight guns and rifles were also seized along with $50,000 in Sudbury.

A man from the Ottawa area and another from Niagara Falls are also charged in the same case.

The raids were carried on August 1st around 6:00am ending a year-long investigation.

Personnel from several OPP detachments were involved in the simultaneous raids including officers from Sault Ste. Marie, Sudbury and Barrie.

Five of the raids took place in the Greater Sudbury region.