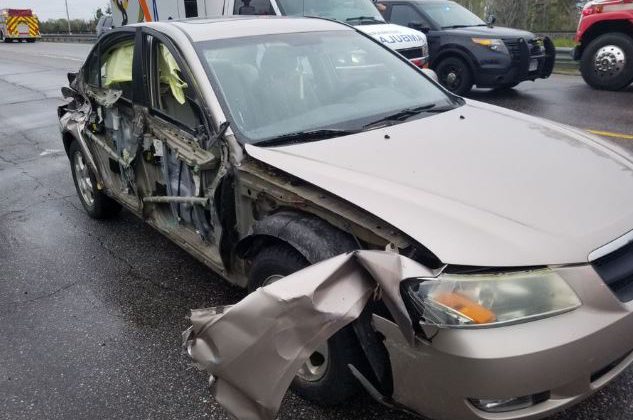 This vehicle was involved in a two-vehicle collision on Highway 17 near Beaucage Park Road. (OPP, Twitter)

Two vehicles, including a tractor-trailer were involved in the collision around 8:30am, blocking the westbound lane. Reports indicate minor injuries to the occupants who have all been transported by paramedics to NBRHC. The 61-year-old driver of the car has been charged with careless driving, according to the OPP. The highway has since been reopened.