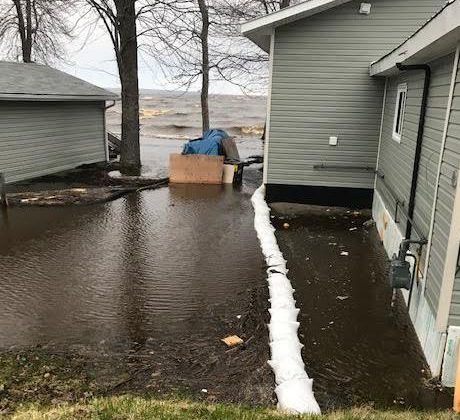 Despite some early optimism, Jocko Point is flooding again.

NFN has again called for civilian volunteers who will be needed throughout the weekend and maybe into next week.

The current flooding situation is threatening to get worse.

Everyone thought the worst might be over based on the weather forecast.

However, the weather changed unexpectedly Thursday night resulting in flooding which has damaged more properties.