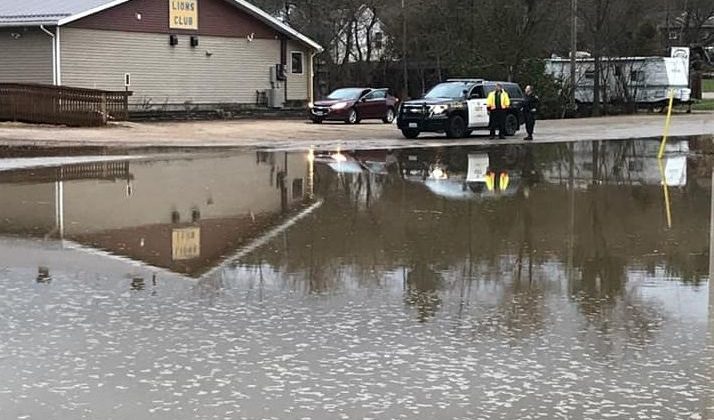 The flood warning for the North Bay District has been extended yet again.

The Ministry of Natural Resources and Forestry says the flood warning is now in effect until next Wednesday.

The MNRF says the region is expecting anywhere from 10 to 20 mm of rain over a five day period.

The daytime temperature over that same period will hover between 10 to 15 degrees Celsius.

Nighttime temperatures will stay in the 4 to 10-degree range in the northern half of the district and zero to 8 degrees in the southern portion.

The MNRF says the North Bay District has seen a significant amount of rain in the last few weeks combined with all the snowmelt activity.

The ministry says in some areas the water levels are expected to stabilize.

The MNRF says the water levels of the Sturgeon River, Lake Nipissing and French River have been impacted by high water levels.

Lake Nipissing remains well above damage level height and the ministry says the water level is expected to rise about .5 cm a day over the next several days.

Meanwhile, in the Mattawa area, Transport Canada has temporarily closed sections of the Ottawa River and Mattawa River.

The Ottawa River is closed between the Otto Holden Dam near Mattawa, and Deux Montagnes Lake near Hudson, Quebec.

Transport Canada closed these portions of the river to protect people and property as well as the temporary berms.

While the interim closures are in effect, the OPP is asking people to stay off these waterways.

The OPP says there are some exceptions.

One is people who need to operate a boat to get to their property which is only accessible by water.

People caught in sections of the closed waterways can expect to be charged and penalties run from paying a fine to time behind bars.