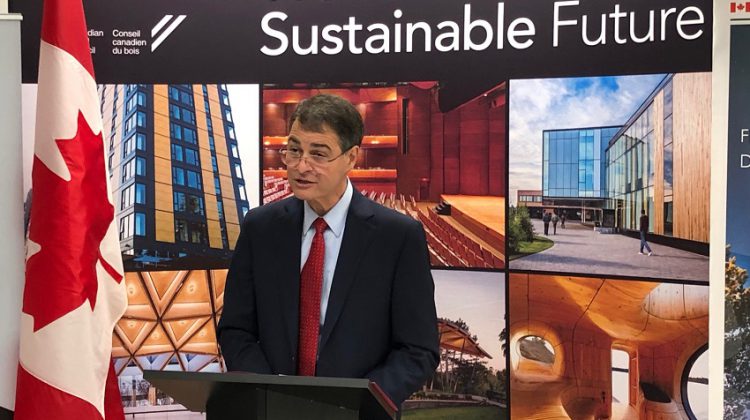 FedNor is helping to fund 200 construction projects with a grant of $1.23 million dollars to the Canadian Wood Council.

The federal agency says the grant will help create middle-class jobs and generate up to $126 million in wood sales.

One of the beneficiaries of the grant is the Ontario Wood WORKS program which gets funding for three years under the FedNor announcement.

For years OWW has promoted the benefits of using wood to build mid-rise buildings.

OWW has been able to strengthen Northern Ontario’s forestry-sector by advocating for more wood-built buildings.

In the years since it was formed, OWW has helped support 641 projects which created 550 jobs and generated $377 million in wood sales.

According to the Ministry of Natural Resources and Forestry, the province’s forest industry supported 57,000 direct and 172,000 indirect jobs during 2017.

All that activity generated $15.5 billion in revenue from sales.