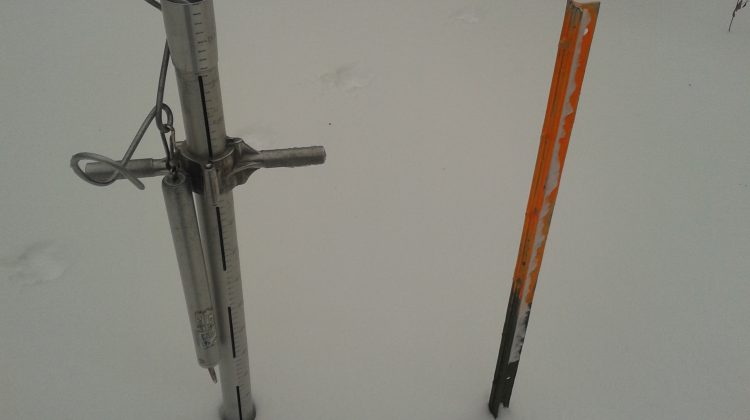 It’s more than halfway through March and there is still a considerable amount of snow on the ground and that snow contains elevated levels of water.

“Water equivalence has decreased about 20 millimetres over the past two weeks,” said Joel Harrison, NBMCA’s Water Resource Scientist. More melting has occurred due to the sunnier daytime weather since the readings were taken.

The snow depth average at the three sites is 90.8 centimetres (211 per cent of the long-term average for this time of year), up 6 cm since the last snow survey readings on February 28.

The long-term averages reflect measurements taken by NBMCA since it began measuring snow
depth and water equivalence in 1987 as part of its Flood Forecasting Program. 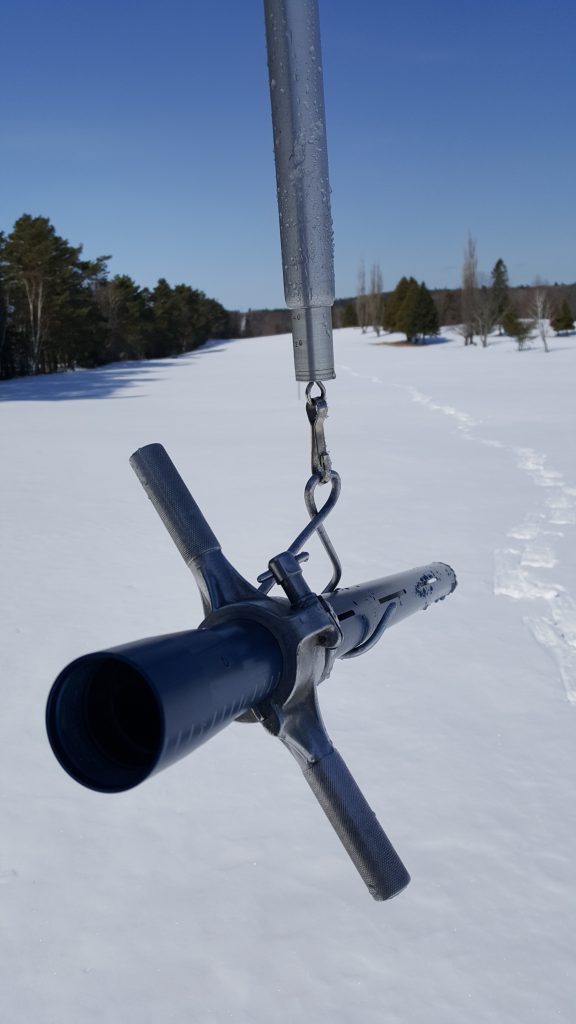 Snow survey readings are taken by the NBMCA. Photo supplied