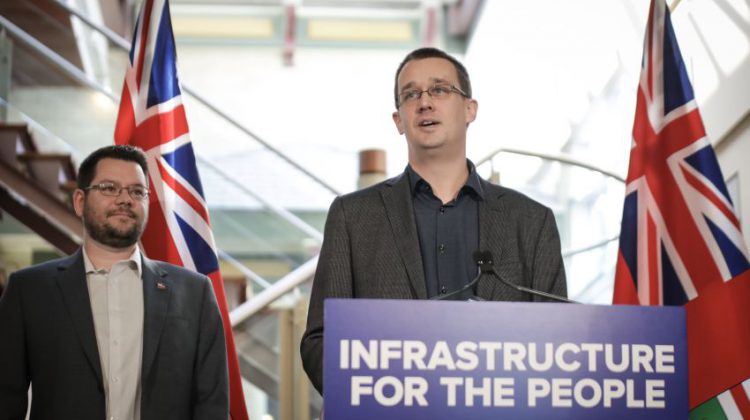 The Ontario government is outlining an infrastructure program it says will help families and businesses by making roads safer, commutes easier, and communities healthier.

Minister of Infrastructure Monte McNaughton announced the infrastructure funding that is billed as being a step toward helping create and protect good jobs across the province.

“This is great news for municipalities,” said McNaughton. “Our government is listening and has heard the infrastructure needs of our municipalities. Today we’re telling communities to get started on the crucial process of project nomination.”

The first stream of the funding, the Rural and Northern stream, is open to cities and Indigenous communities with populations under 100,000. Those communities, about 500 of them, will have eight weeks beginning March 18 to nominate road and bridge projects.

The funding falls under the Investing in Canada Infrastructure Program, which will unlock up to $30 billion in combined federal, provincial, and local investments in communities across the province over the next 10 years.

McNaughton added, “When we invest in smart infrastructure, we create jobs and grow the economy, shaping the future for hard-working families in Ontario.”