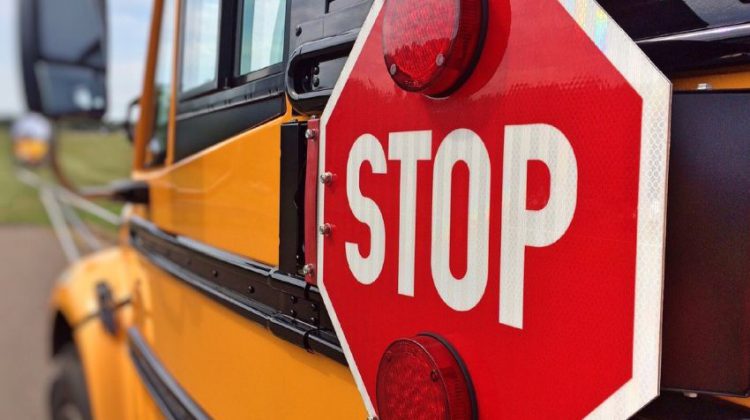 February 11th marks the 19th anniversary of the death of five-year-old Adam Ranger of Mattawa.

The youngster was five when he got off a school bus in front of his home and was struck and killed by a car that passed the stopped bus.

It’s Ranger’s photograph that dots billboards with the Let’s Remember Adam campaign and now the family is pushing for changes to school buses that may stop future tragedies.

Ranger says the timing for the cameras is intentional as the family gets closer to the anniversary date of Adam Ranger’s death.

Ranger says the legislation for the stop arm cameras passed more than a year ago, but there’s been no action to install the cameras.

“I have meetings coming up with government people and I hope to get some answers to move this forward,” Ranger said.

Ranger says the cameras would act like photo radar and capture images of vehicles that drive by a stopped school bus and has its stop arm extended and lights flashing.

“Right now if someone runs the bus, the driver has to take down as much information about the vehicle as possible, like the plate number, a description of the vehicle and the time and location,” Ranger said.

However, Ranger notes school bus drivers have a responsibility to get children to and from school safely.

“I don’t think they should be put in this situation where they have to record all this extra information,” he said.

“A stop arm camera would do all that.  So if you run the school bus while its lights are on, the camera takes many pictures of your vehicle proving it’s yours and you’re automatically issued a ticket.”

Ranger says the campaign, which is called “This has to stop.  We need to stop”, wants public help where people can ask their local MPP, municipality or police service to get behind the campaign.

Ranger says people can follow a link on the Let’s Remember Adam Facebook page on how to email government officials.

Ranger says because of the proximity of Adam Ranger’s death, there’s plenty of public awareness in the North Bay-Mattawa region on the need for people to stop for school buses.

He says what’s needed is support from other centres, especially in the Toronto region.