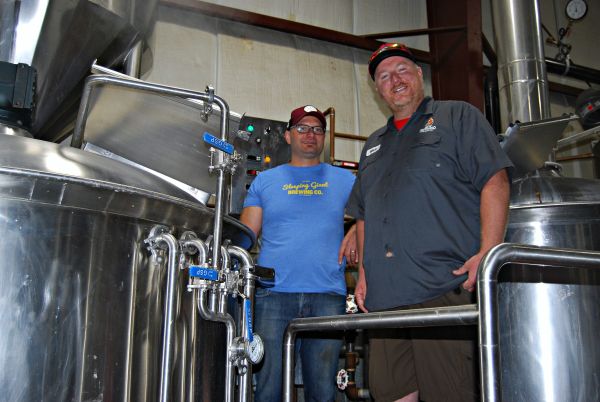 The two northern Ontario cities are just over 1,100 kilometres apart and are often confused with one another so this new Bay to Bay brew is a fun and friendly way to unite the communities.

Sleeping Giant Brewing Company continues to experience growth in the Craft Beer Industry and is listed as one of the 25 largest breweries in Ontario.

“Being our very first collaboration, this was an important decision for our team and it seems like the right time. New Ontario’s vision really aligned with how we operate, not to mention our combined love for making fresh, high-quality beer;” says Kyle Mulligan, Head Brewer of Sleeping Giant.

This is the first time two northern Ontario breweries are collaborating on a beer. The beer will be ready for retail in about two weeks and will be shipped to North Bay. The Sleeping Giant Brewing Team also plans to visit New Ontario Brewing Company in the near future to team up to make another batch, brewed in North Bay.

“Sleeping Giant Brewing Company has an impressive facility and is pretty established in the industry;” says Mike Harrison, Head Brewer of New Ontario Brewing Company, and it “gives us the chance to learn from another team that brews on a larger scale system.”

“This project is community-driven and we are happy to share our site with our friends from North Bay. This isn’t just about beer but continuing to build the craft beer culture in northern Ontario and right across the province,” adds Mulligan.

New modelling shows a Fall Peak of COVID-19, virus could be with us until 2022