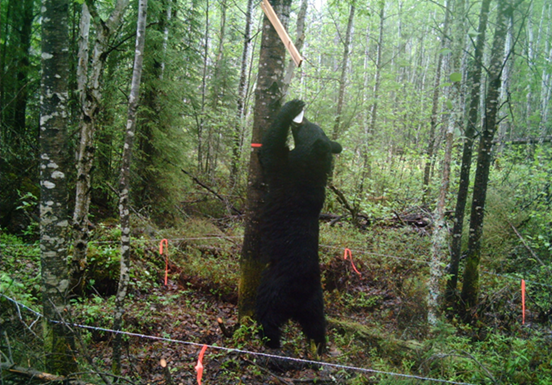 Traps will be set in our area as part of a black bear survey.

The Ministry of Natural Resources and Forestry is doing a study over the next two months to determine Ontario’s black bear population.

Barbed-wire hair traps using sardines are being set across several parts of Ontario. The traps encourage black bears to rub up against the barbs. The bear will then leave a small hair sample behind that will be used for DNA analysis.

Prentice says a similar study has been performed in Ontario previous to 2011 to determine the population.