Uninterrupted cycling trail a ‘major opportunity’ for the region 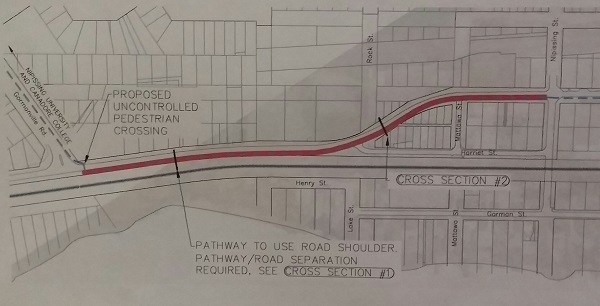 North Bay City Council has approved an agreement with the provincial government that is intended to help complete work on an uninterrupted cycling trail to the city’s west end.

The Ontario Municipal Commuter Cycling (OMCC) Program will contribute nearly $495,000 to help the City of North Bay complete an Active Transportation Master Plan. North Bay will contribute 20 per cent, or just under $124,000 to the total costs of the project.

The west-end link between Memorial Drive and Gormanville Road is being planned with the help of consultants. Two public meetings have been held to determine the best route to link the Kate Pace Way to the Discovery Routes trail system.

Discovery Routes is working on a provincial level to design a cycle route from Ottawa through North Bay, Sturgeon Falls, and over to Sudbury a process that Chair of Community Services Mark King says is well underway. This 630-kilometre trail will be named the Voyageur Cycling Route.

Once completed, the extended and connected trail system is expected by King to have a huge impact on the lakefront in North Bay. An uninterrupted connection between Callander and the college and university has long been a goal of cycling advocates and multi-use trailblazers.

King calls it a major opportunity in this whole region.These chunks of the path that will eventually form a seamless recreational trail can lead to tourist opportunities that will attract cycling enthusiasts along the North Bay-Sturgeon Falls-Greater Sudbury corridor.