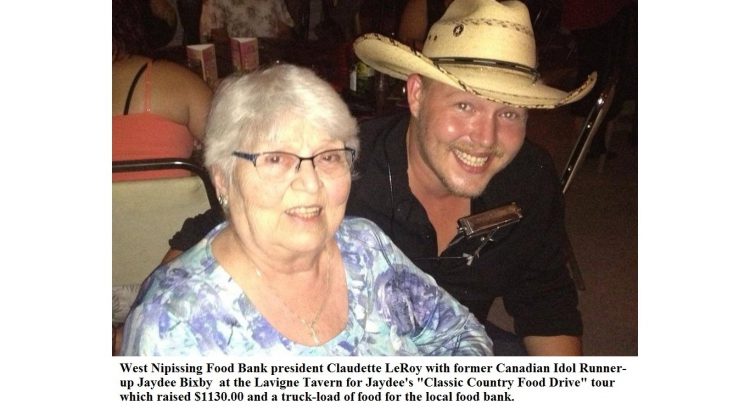 Add another $1130.00 to the total money raised for the West Nipissing Food Bank last week. That and a truckload of food was raised at the Lavigne Tavern as former Canadian Idol Runner-up Jaydee Bixby brought his Classic Country Food Drive Tour to the Tavern this past Friday. Tavern owners Guy and Judy Fortier agreed to match any monetary donation made to the food bank that night which brought the total to $1130.00. Food Bank president Claudette LeRoy who was there to receive the donation had contacted Moose FM earlier in the week with a plea to the community for monetary donations as funds were critically low to meet monthly obligations like rent and perishable food for those in need. The community responded strongly and so far over $7500.00 has been raised.